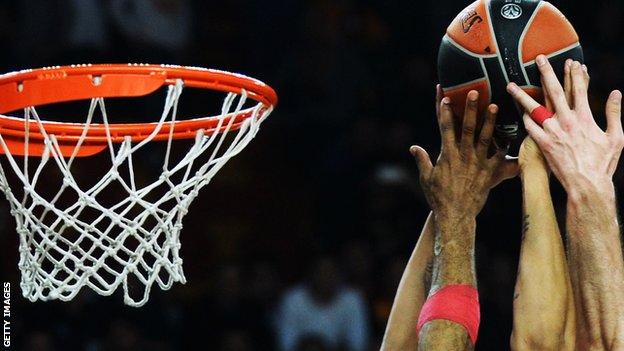 George, 31, who has played for a number of clubs around Europe, was briefly with Manchester Giants last season, averaging 17.5 points, 3.3 rebounds and 2.7 assists in six games for the club.

"Nick's experience and ability is something that will fit in great with our guys," said coach Jay Marriott.

"He brings a veteran leadership and a work ethic that you don't often see."

The 6ft 6in George helped Great Britain qualify for their first Eurobasket finals in 2008 and played in the event in Warsaw the following year. He retired in 2010, citing health problems.

George will make his debut in the BBL Cup semi-final second leg in Leicester on Saturday, before returning to the Pavilions to face Sheffield Sharks on Sunday.

Marriott added: "This weekend is a fantastic opportunity for Nick and the team. It's a bit of a baptism of fire, with two huge games within days of signing, but I'm confident that he'll slot very nicely into the team."