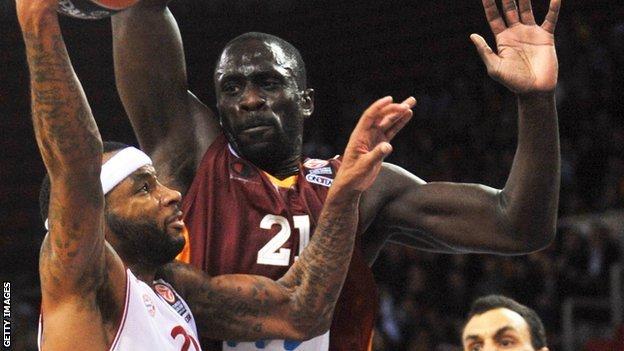 British basketball star Pops Mensah-Bonsu has been banned for three games for his part in a violent end to a Euroleague game.

Trouble also broke out in the crowd at the Greek side's Peace and Friendship Arena as fans lit flares and threw missiles at players.

Olympiakos must play their next home game behind closed doors.

The Greek side's Mirza Begic and Georgios Printezis received four and three games respectively for brawling with Mensah-Bonsu, 30, who represented Team GB at the London 2012 Olympics.

The three players were also fined.