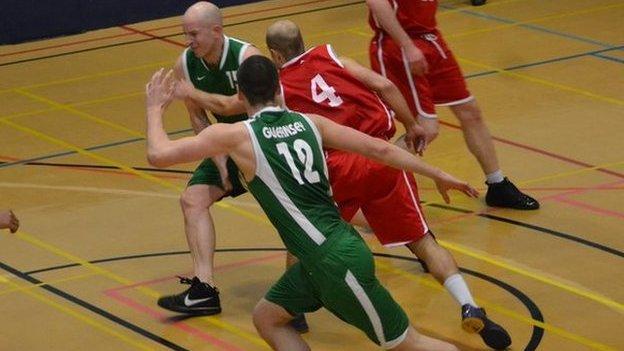 Guernsey coach Adam Farish says he has been pleased with his side's form in their debut season in the Founders Cup.

Farish's players have won three of their four matches in the competition so far, with their sole defeat coming in Saturday's 84-68 loss by Brighton.

But, the following day, Guernsey bounced back with a 75-49 win over Sutton Storm Rockets in south London.

"We learned our lessons and played much more honest defence and stuck to our game on offence," he told BBC Guernsey.

"Our two junior players - Felix Rice and Jason Hull - were both involved in steals and scoring.

"We worked hard and it was a really good team response and performance."