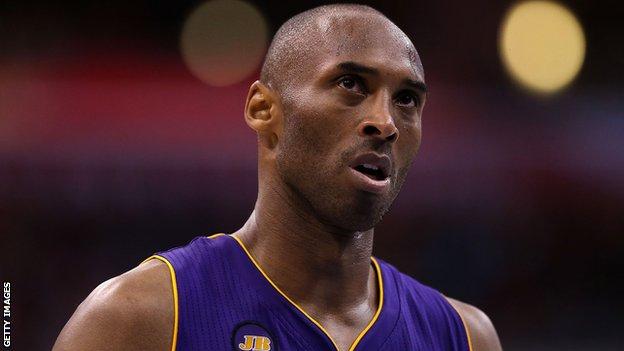 Kobe Bryant has signed a new two-year deal to remain at the Los Angeles Lakers for a record 20th season.

The 35-year-old will become the longest serving player for any NBA franchise if he sees out the contract.

Bryant has reportedly taken a £3.71m pay cut but he is still the highest paid NBA player earning £15m a year.

"Our priority was to have Kobe finish his career as a Laker and this should ensure that happens," said general manager Mitch Kupchak.

Bryant is a five-times NBA winner but has not played this season due to a ruptured left Achilles tendon, although he is now back in training.

The shooting guard is the Lakers' all-time leading scorer and fourth on the NBA's career scoring list.