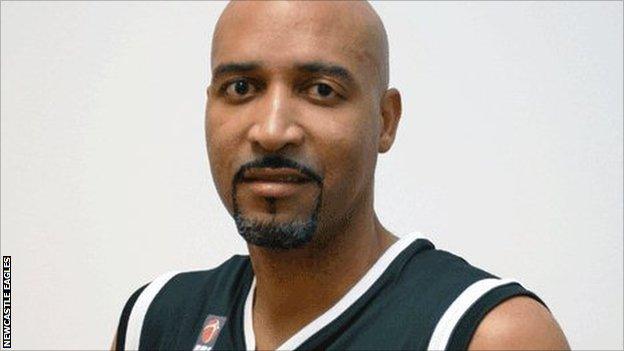 Eagles won 102-87 on the night with veteran Charles Smith racking up 40 points for the visitors.

However Leicester can still seal the title

Three straight wins have given Eagles hope after a run of three defeats looked to have handed Leicester momentum.

The two clubs meet in the final match of the season at the John Sandford Centre in Leicester on Friday, 12 April.

Last season's champions Newcastle won all four trophies in 2012, but have already lost the Cup final against their closest rivals.