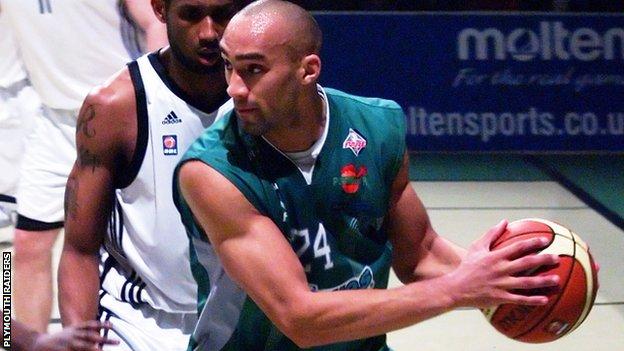 The visitors have only lost one game this season and include former Plymouth favourite Anthony Rowe in their starting line-up.

The Raiders slipped to fourth place after dented their title aspirations.

Former Plymouth skipper Anthony Rowe made 97 appearances for the Raiders and he will notch up his 100th BBL game on Sunday at the Pavilions.

"When you've played for a club for a long time it's bound to be emotional to go back," Rowe said.

"But I'm confident with how I'm playing and I'm looking forward to it. I think I left on good terms with the fans.

"I didn't leave by choice and tried everything I could to stay, and I think they know that, so hopefully there won't be too many boos."