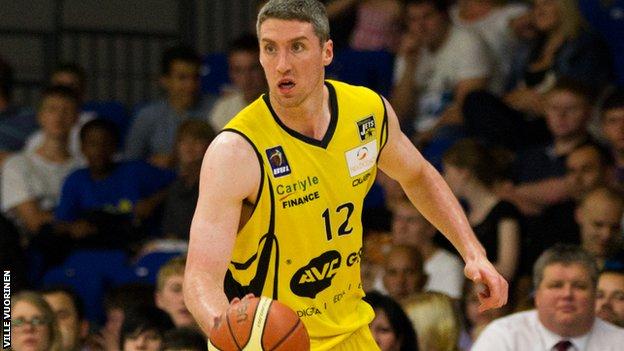 The 28-year-old Irish international played in Switzerland and Germany before moving to Cheshire in 2009.

He was the 10th-highest scorer in the BBL last season, averaging 18.1 points-per-game and scored more than a third of his three-point attempts.

"He's a smart player and one of the top three-point shooters in the league," said Raiders head coach Gavin Love.

"He's a good rebounder, he's tough and has improved each year since moving to the BBL.

"He had some great games against us last year, so I'm delighted to welcome him to the Raiders."

O'Reilly is the third player to commit to the Pavilions-based club for the upcoming season following captain Anthony Rowe and Drew Lasker.

Last month Love said he was hoping he would be able to re-sign American trio Lehmon Colbert, Jeremy Bell and Paul Williams.

"I'm continuing to talk to players from last season, and I'm talking to agents about players that are available.

"I would hope to be able to announce more signings soon," Love added.