In America, this week may be all about preparing for the 4 July holiday but today there is an unofficial celebration that has many baseball fans talking - "Bobby Bonilla Day".

That's because on 1 July every year since 2011, the New York Mets send a payment of almost £1m to Bonilla, a 56-year-old former player for the Major League Baseball side, even though he hasn't played for the team this century, or picked up a baseball bat in 18 years.

And the hits keep on coming for the Mets - they have to keep the payments up until 2035 with baseball fans on social media taking great pleasure in reminding the club of the deal with Bonilla's name having been tweeted tens of thousands of times on Monday.

Bonilla, once one of the MLB's highest-paid players, is benefitting from a deal that was struck back in 2000.

As part of an arrangement to release him from his contract, the Mets cut a deal to defer a payment of $5.9m (£4.7m) until 2011, in return for an eight percent annual interest rate.

So far, Bonilla has been paid $8.9m in seven instalments and by the time the arrangement is complete in 16 years he will have collected $29.8m in total. His yearly payment is even higher than the annual wage of some current Mets players.

The 1 July 2019 is a date of significance for some sports fans this side of the Atlantic as well. That's because it is the date David Moyes' original six-year contract as Manchester United manager would have officially expired. 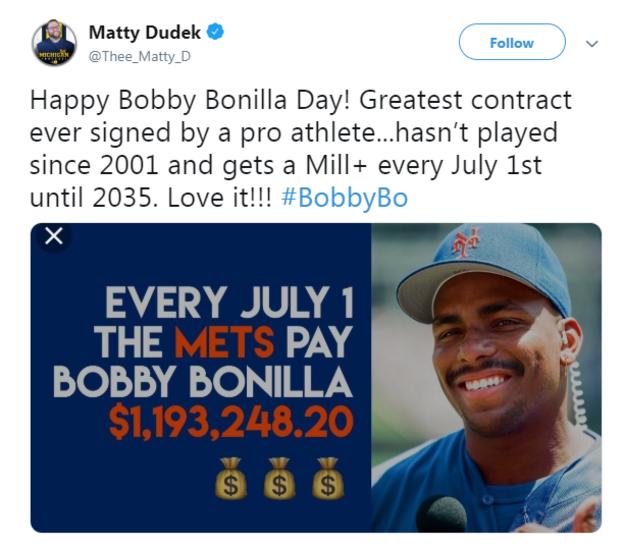 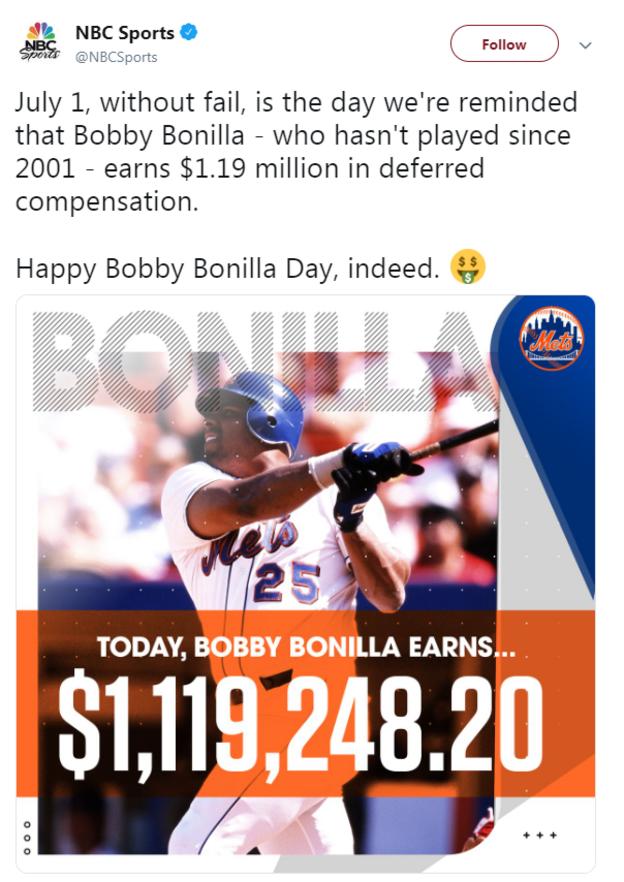 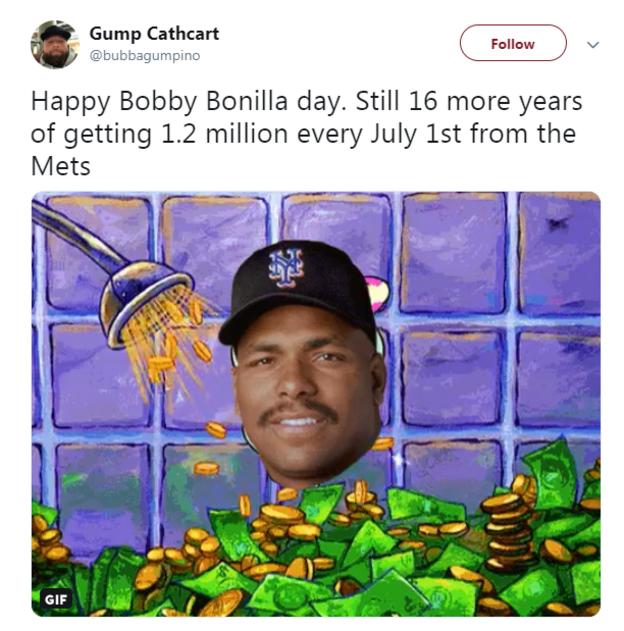