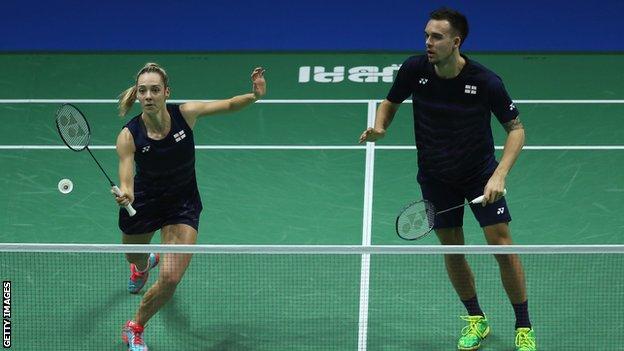 GB's Rajiv Ouseph made it into the men's singles semi-finals in Denmark.

Find out how to get into badminton with our special guide.

Gilmour's victory means the Scot will secure at least a bronze to add to the silver she won last year.

But England's Marcus Ellis and Chris Langridge were knocked in the men's doubles quarter-finals by Mads Conrad-Petersen and Mads Pieler Kolding.