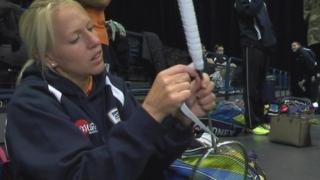 The 37-year-old, who has come out of retirement after six years, was unable to help Team Derby to victory in the first match of the new league as they went down 3-2 to Birmingham Lions.

Emms, who won silver at the 2004 Olympics and medals at the World Championships, European Championships and Commonwealth Games, retired after the 2008 Games in Beijing.

Teams from Derby, Loughborough, Nottingham, Birmingham, Surrey and Milton Keynes are involved in the competition which runs from October to April, followed by a knockout competition in June.

Watson one of 47 in Melbourne quarantine