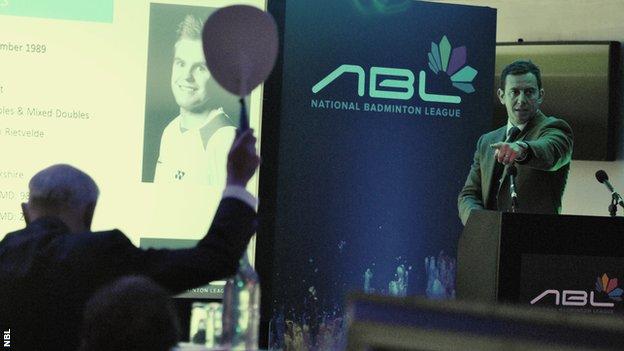 Each side bought eight players at an auction for the new format league, which starts in October.

World Number five and mixed doubles star Gabby Adcock will play for Surrey Smashers, while her husband Chris was signed by University of Nottingham.

Matches will be played monthly to an abbreviated score, including a tie-break set to make games shorter and more exciting.