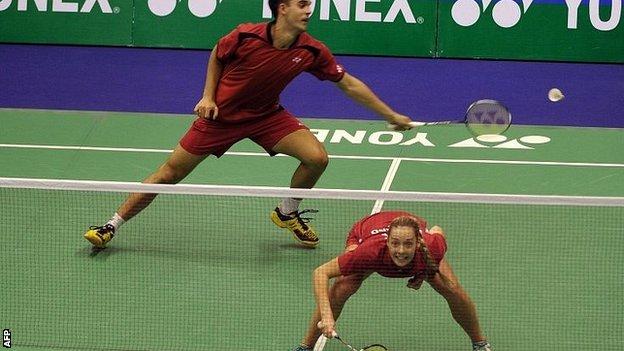 Chris and Gabby Adcock lost to the Olympic champions in their final group match as their World Superseries finals campaign came to an end in Malaysia.

The England duo beat China's Zhang Nan and Zhao Yunlei on their way to winning the Hong Kong Open in November, but lost 21-15 21-17 in Kuala Lumpur.

The husband-and-wife pair won only one of their three group matches as they failed to reach the semi-finals.

But their win in Hong Kong moved them to a career-best fifth in the world.