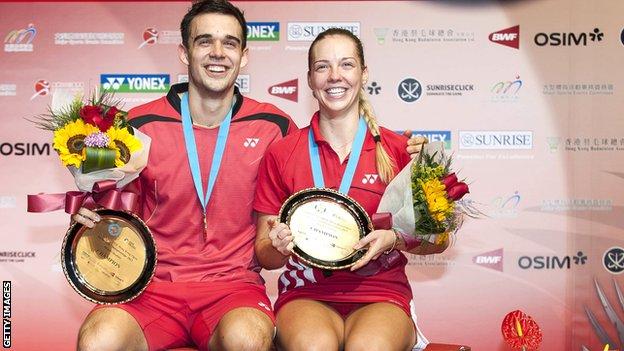 They are now the highest-ranked Commonwealth pair, with eight months to go until the Glasgow 2014 Games.

Chris Langridge and Heather Olver are the next highest English duo, at 17th.

Adcock has also climbed to 12th in the men's doubles rankings with partner Andy Ellis.

He and White enjoyed success together as youngsters, claiming world junior silver and reaching a senior ranking high of 16 in the global standings before, in 2010, national coaches decided they should have different partners.

Adcock won the 2011 World Championship silver alongside Scotland's Imogen Bankier but they failed to win a medal at the London Olympics and she left Great Britain's badminton programme the following year to focus on the Commonwealth Games.