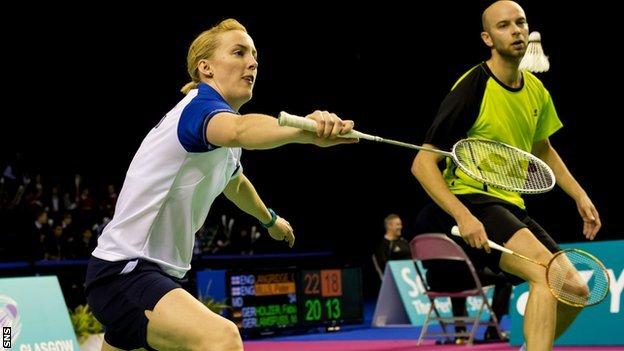 Scotland will be represented in two finals at the Scottish Open Grand Prix in Glasgow's Emirates Arena on Sunday.

However, neither Blair or Bankier will feature in the level doubles finals after losing at the semi-final stage with their respective partners, Tan Bin Shen and Petya Nedelcheva.

Gilmour will be out to avenge her recent London Grand Prix final defeat by Marin when they meet again.

Semi-finals day on Saturday got off to the perfect start when they defeated sixth seeds Jacco Arends and Selena Piek 21-13 21-16.