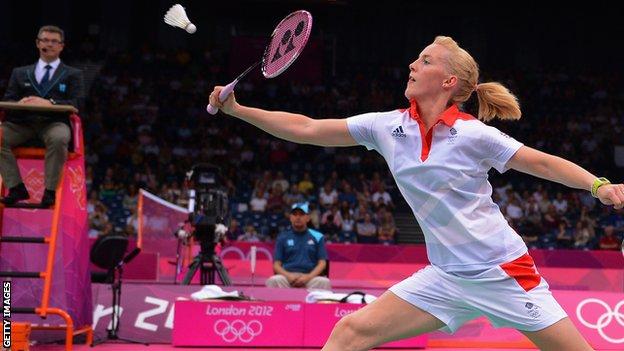 The Scottish Open Championships has been elevated to Grand Prix status.

And the changes come into force from this year at Glasgow's Emirates Arena from 20-24 November.

"It is perfect timing as it comes less than a year before the Commonwealth Games in Glasgow," said Badminton Scotland chief executive Anne Smillie.

"It guarantees a higher standard of entry for the third oldest tournament in world badminton, thanks to a significant increase in prize money."

Smillie revealed that a financial package worth £750,000 over the next four years is now in place.

"We particularly want to encourage players from the Commonwealth nations to take part this November as it will be a chance for Asian countries like Malaysia, India and Singapore to play in the Emirates Arena before the Commonwealth Games in July next year," she added.

"We are working hard at attracting a truly world-class entry as well as the television coverage we need to reach a wider audience."