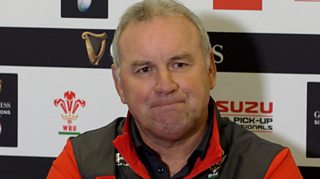 Wales coach Wayne Pivac says he is excited by the balance of youth and experience in his first Six Nations squad.

The New Zealander, who took over from Warren Gatland in November, has named five uncapped players in the 38-man squad.

Defending champions Wales kick off against Italy in Cardiff on 1 February.