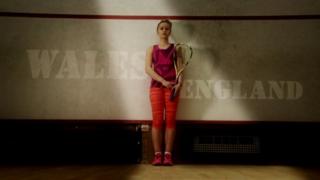 "It wasn't my decision not to play for Wales"

Squash player Emily Whitlock tells Sport Wales about the tough choices she had to make to further her career.

The Macclesfield-born 20-year-old has lived in Colwyn Bay, Wales, since she was two and played her early tournaments in the Welsh system.

But having been unable to meet the criteria set out by Squash Wales, Whitlock explains how she now competes for England.

*Watch Sport Wales on Friday nights on BBC Two Wales; the show is also available on iPlayer for seven days after transmission.

‘It’s a rubbish law’ - Why was Man City's controversial goal allowed to stand?