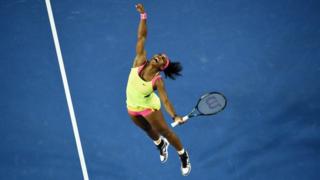 Williams' sixth win in Melbourne moves her past Martina Navratilova and Chris Evert with a 19th major singles title.

The 33-year old world number one has now beaten Sharapova, the world number two, 16 times in a row dating back to 2004.