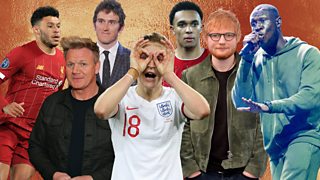 Voting will be open to the public during the Sports Personality programme on BBC One on Sunday, 15 December.