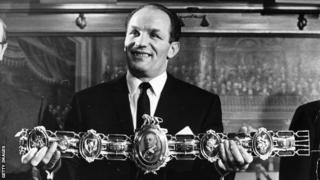 In 1967, heavyweight boxer Sir Henry Cooper was crowned Sportsview Personality of the Year.

He was awarded the prize for going unbeaten throughout that year. His most notable victory in that period was his win against challenger Jack Bodell.

Cooper is, thus far, also the only boxer to have been knighted.