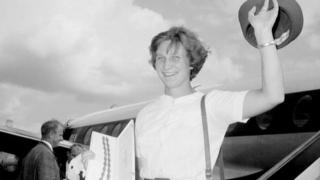 In 1962, swimmer Anita Lonsbrough was the first female winner of the Sportsview Personality of the Year award.

Lonsbrough went on to be Great Britain's first female Olympic flag bearer, at the opening ceremony of the 1964 Summer Games.