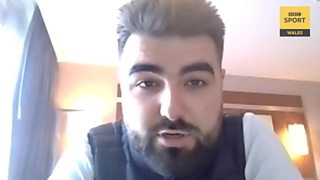 'I have grown as a player and a person'

Clarke believes he has "grown as a player and a person" during his third season on the World Snooker Tour.

The 26-year-old, who reached the second round of the World Championship on his Crucible debut this year, faces Englishman Martin O'Donnell in round one of the UK Championship on Monday, 23 November.

England venture into the not-so-wild West