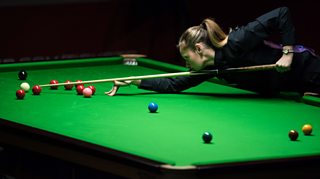 The 11-times women's world snooker champion, Reanne Evans says that she has heard of snooker halls in the UK that do not allow entry to women.

She told BBC Radio 4 Today's Garry Richardson that men-only snooker halls are "not as popular as they used to be...but we have had a lack of support in that area through the years"

Evans will be the first female player to have her match televised in the final stages of a ranking event in the UK, when she plays Jimmy White in Snooker’s ‘Shoot Out’ event on Thursday.

Liverpool 'cannot rely on the past'

'The handball rule is crazy' - Parker