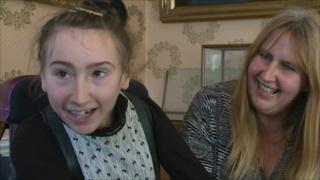 Natasha Lambert, a 16-year-old who has cerebral palsy, has been named the Yachting Journalists' Association Young Sailor of the Year after she completed a remarkable cross-Channel voyage alone last July.

Lambert, from the Isle of Wight, managed it in a specially-adapted boat that allowed her to sail by blowing through a straw.

Her exploits in 2013 saw her given the award at an event in London on Thursday.

Meanwhile, Bob Shepton was awarded the Yachtsman of the Year title, Mike Golding, received a YJA special award following his achievements in the Vendee Globe and Ben Jelf, who became the youngest ever powerboat champion when just 11 years old, also received a YJA Special Award.