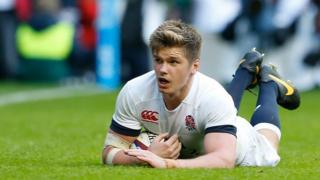 England fight back to beat Australia

England come from behind to beat Australia 20-13 at Twickenham thanks to second-half tries from skipper Chris Robshaw and fly-half Owen Farrell.

Australia took a first-half lead when Matt Toomua evaded Billy Twelvetrees's tackle, but England fought back to get their autumn international campaign off to a winning start.

England, who have now won three of their last four encounters with the Wallabies, face Argentina at Twickenham next Saturday.

Arrests made at Spanish giants Barcelona