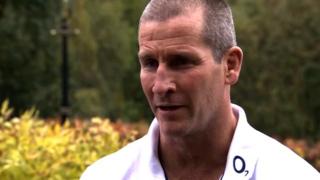 Stuart Lancaster says Lee Dickson has been selected on form after being "outstanding" for Northampton at scrum-half.

Dickson is picked ahead of Ben Youngs for Saturday's first autumn Test against Australia, while Saracens's Joel Tomkins is selected to make his debut at outside centre due to his "big physical presence".

The Wallabies will be seeking a second successive win at Twickenham after a 20-14 victory in November 2012.