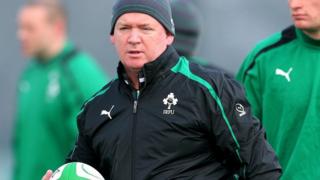 Ireland coach Declan Kidney says there were several difficult decisions to make before he named his team for the opening match in the Six Nations away to Wales.

Kidney admits openside flanker Chris Henry was unlucky not be included in the starting 15.

Exciting wingers Craig Gilroy and Simon Zebo are included in an Irish team which the coach believes has the right mix to get off to a winning start in Cardiff.