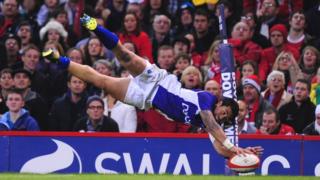 Wales suffer their fifth defeat in a row as they lose 26-19 to Samoa at the Millennium Stadium.

The Samoans run in three tries, including one inside the opening two minutes, to win in Cardiff despite Ashley Beck scoring in his first Test on home soil.

Vote for your goal of FA Cup fourth round