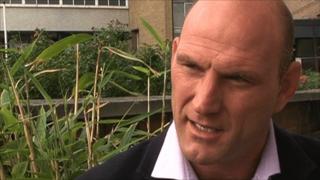 Lawrence Dallaglio admits England are not good enough to win the Rugby World Cup and believes New Zealand are favourites to win the title.

Dallaglio adds that it is unfair to compare an "improving" England side to his World Cup-winning squad of 2003.

The ex-England skipper also gives his assessment of Wales, Scotland and Ireland ahead of the tournament, which kicks off on Friday 9 September.