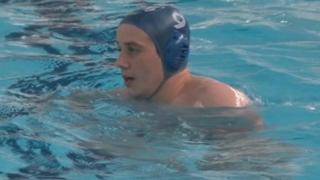 Current British water polo champions, Bristol Central, say they are struggling to capitalise on the legacy of the London 2012 Olympics because of their lack of regular training facilities.

The club has seen a surge in interest since the Games, with over 100 youngsters turning up for training each week.

But coach Craig Figes, who is also the British team captain, told BBC Points West's Zoe Gough that he was worried their low amount of training hours could "ruin the legacy".

Murray beaten by Rublev in Rotterdam