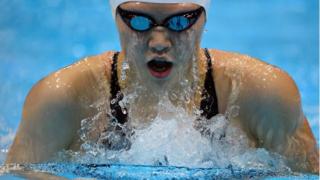 The 16-year-old, who claimed gold and a world record in the 400m medley, clocked two minutes 7.57 seconds for a new Olympic best.

Watch the the final on BBC Sport's Interactive Video Player.