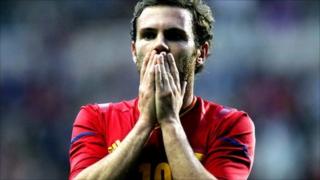 World and European champions Spain are eliminated from the Olympic Games after suffering another shock defeat.

Spain hit the post three times and had a late penalty claim turned down as they suffered a repeat of their 1-0 defeat to Japan.