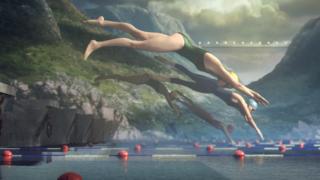 The BBC has unveiled its "Stadium UK" title sequence and marketing campaign for the London 2012 Olympics.

The campaign shows the landscape of the United Kingdom transformed into a giant sporting arena inside the Olympic Stadium.

The music is First Steps, written and performed by Elbow, alongside the BBC Philharmonic Orchestra and the NovaVox gospel choir. It will be available as a digital-only download from 27 July with all profits going to BBC Children in Need and Sport Relief.

It will also be used to provide digital imagery for desktop, mobiles, tablets and connected TV content.

Scottish Premiership: Will Rangers clinch the title this weekend?