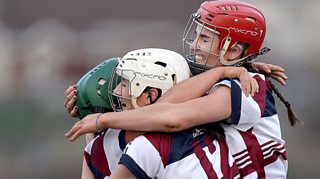 Slaughtneil are too good for Loughgiel as they win by four points at Pairc Esler to claim their fourth consecutive Ulster club camogie title.

First-half goals from Olivia Rafferty and Shannon Graham helped the Derry champions to a 2-8 to 1-7 victory.

Clare McKillop scored an early goal as the Shamrocks made a great start to the game, but they lost to Slaughtneil for the fourth Ulster final in a row.

No limit to where May can go - Jones