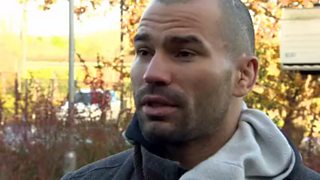 UFC returns to Belfast on Saturday night after a nine-year gap with a card including Gegard Mousasi's bout with Uriah Hall and Irish-based Russian Artem Lobov's featherweight battle with Teruto Ishihara.

The card at the SSE Arena will also see Irishman Neil Seery having his final bout before retirement as he takes on American Ian McCall.

Video is UK only.