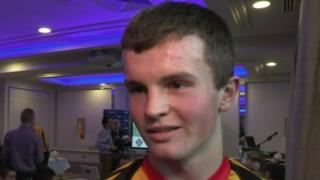 "Maghera will be very keen to avenge last year's final defeat," said St Michael's manager Dominic Corrigan, who has lost all of his starting team from last March's decider.

The other games will see St Patrick's Dungannon facing St MacCartan's Monaghan and St Colman's Newry up against Omagh CBS with all the matches scheduled to take place from 6-9 February.