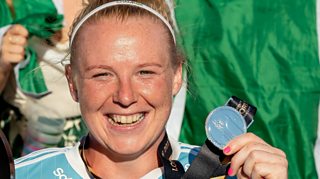 The players arrived back in Dublin on Monday, less than 24 hours after their 6-0 defeat by top-ranked Netherlands in the tournament decider.

The Irish reached the final despite being one of the lowest rated teams in the London event.