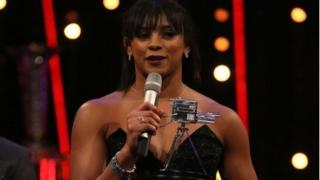 It is Britian's first ever women's all-around medal at a major international competition.

Downie, the younger sister of fellow gymnast Becky, competing in her first senior international event, made the podium with a score of 56.623.