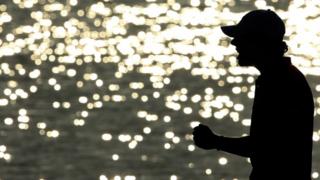 BBC One Northern Ireland will chart Rory McIlroy's rise to the top of world golf in a documentary, Rory - Being Number One, on Thursday, 3 January at 22:35 GMT.

The programme will feature interviews from the world number one as well as contributions from his girlfriend Caroline Wozniacki and Tiger Woods.

McIlroy recalls his Ryder Cup panic when he almost missed his singles tee time after misreading his starting time.

"It was the most worried and panicked I've ever been going to the golf course," recalls McIlroy.