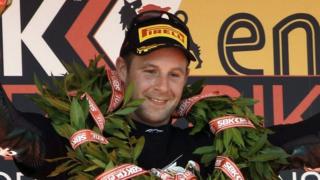 Rea said his home country Northern Ireland punches above its weight when it comes to sporting success, and how he is proud to be the latest to bring a world championship back home.

The Northern Ireland "Unsung Hero" ambassador reflected on his recent triumph by praising the unsung heroes who helped him fulfil his lifetime dream.

Rea claims he would not be in the position he's in without the support of his mum and dad in the early years.

The 28-year-old is Northern Ireland's first motorcycling world champion since Joey Dunlop and Brian Reid in 1986 and the Ballyclare rider paid tribute to the pair, adding that Dunlop gave him "a lot of inspiration".

If you know someone who has made a difference to sports participation in your community, find out how you can nominate them for the 2015 Unsung Hero award.