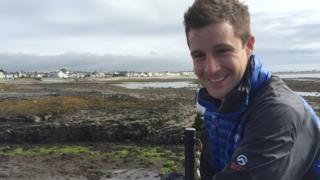 Jonathan Rea, the leader of the World Superbikes Championship, is urging people to get involved in the race to find this year's BBC Get Inspired Unsung Hero for Northern Ireland.

The Ballyclare rider, who is based on the Isle of Man, is the 2015 Ambassador for BBC Sport NI's search to find this year's local winner of the award.

The Unsung Hero award honours individuals from the world of grassroots sport and recognises those who, on a voluntary basis, go the extra mile contributing to sport in their local community.

The Northern Ireland winner will be one of 15 regional winners from across the UK.

The overall winner will be announced during the BBC Sports Personality of The Year Awards which will be held in Belfast on Sunday 20 December.

If you know someone who has made a difference to sports participation in your community, find out how you can nominate them for the 2015 Unsung Hero award.