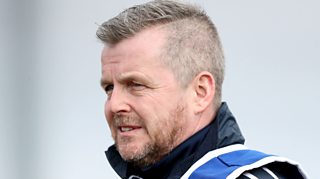 McShane's team have earned 10-point wins over the same Banagher opposition over the last two years.

The Slaughtneil boss has been nominated for the vacant Antrim hurling manager's job but he says all his attentions are focused on the Derry decider which will take place at Owenbeg (15:30 BST).