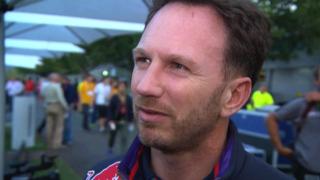 Red Bull lost a car before the start, with Daniil Kvyat stopping on his installation lap with gearbox trouble and failing to make it around to the pits.

Meanwhile Daniel Ricciardo ended the race in sixth, and admits it will be "hard" to improve on the car before the next race in Malaysia.

How Hasenhuttl shook up Southampton