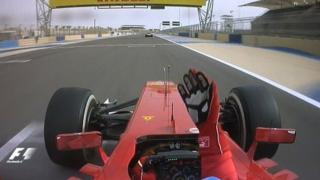 Rosberg gets pushy in Bahrain

Mercedes driver Nico Rosberg gets on the wrong side of McLaren's Lewis Hamilton and Ferrari's Fernando Alonso during Sunday's Bahrain Grand Prix.

After his impressive debut victory in China a week ago, the German had a much tougher race as he twice defended his position from Hamilton and Alonso - forcing both drivers to drive off the track.

Rosberg eventually finished fifth, with Alonso seventh and Hamilton just behind in eight. The race was won by Red Bull's Sebastian Vettel.

Reds' form 'not a catastrophe' - Klopp