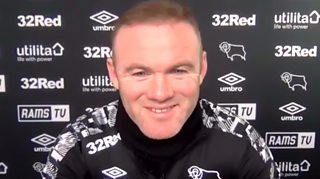 Wayne Rooney says he "has had his time and it's time for the younger generation to have theirs" after being appointed as Derby County's new manager on a two-and-a-half-year contract.

The 35-year-old, who had been in interim charge since Phillip Cocu was sacked on 14 November, has now also officially retired as a player.