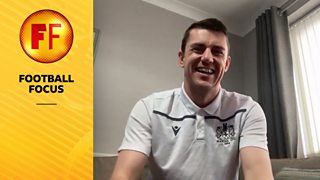 'It's beyond David v Goliath' - Marine on facing Tottenham

Marine players Niall Cummins, Bayleigh Passant and James Barrigan speak to Football Focus about facing Tottenham Hotspur in the third round of the FA Cup, describing the tie as "beyond David and Goliath".