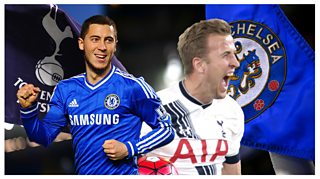 Before the two sides meet on Sunday, BBC Sport looks back at some of the most memorable Premier League games between Chelsea and Tottenham Hotspur in recent years.

Watch highlights of Chelsea v Tottenham on Match of the Day 2 on Sunday at 22:50 GMT on BBC One, BBC iPlayer and the BBC Sport website & app.