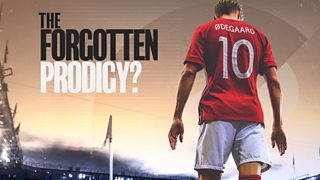 BBC Sport follows the footballing journey of Norway international Martin Odegaard over the past five years, from signing for Real Madrid as a teenager in 2015, to a series of loan spells in the Netherlands and Spain which earned him a second chance with the Spanish giants.