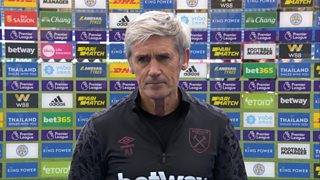 West Ham assistant boss Alan Irvine says Vladimir Coufal had a "fantastic debut" in their win at Leicester City despite limited training sessions with the team.