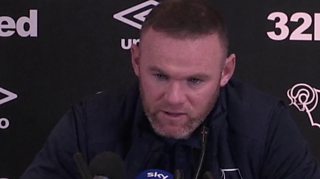 I'd be ready to play tomorrow - Rooney

Wayne Rooney says training with Championship side Derby County has been good, but that he is frustrated at not being able to play.

England and Manchester United's all-time top scorer Rooney, 34, joined Derby from Major League Soccer side DC United as a player-coach but is not eligible to play until January.

He says he would be "ready to play tomorrow". 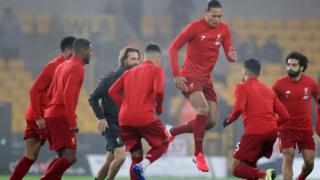 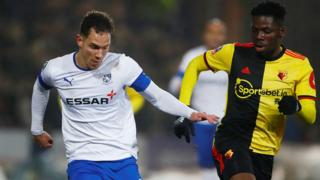 FA Cup: Tranmere 0-0 Watford - can League One side cause upset?